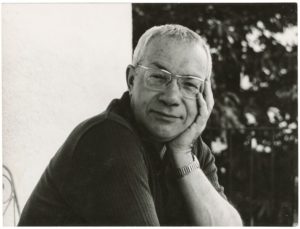 In 1927, he enrolled at Bauhaus College in Dessau, studying under Wassily Kandinsky, Paul Klee and Walter Gropius. In 1929, he moved to Zurich, where he worked as a painter, architect, and graphic artist. He carried out the graphic planning of some buildings along with representatives of the “Neue Bauen”. In 1932, Max Bill, Alois Cariget, Richard Paul Lohse, Herbert Matter, Heinrich Steiner, Hans Trommer and others came together in Zurich at the “Association of Independent Graphic Artist”, (later the Association of Swiss Graphic Artists). At that time met Hans Arp and Piet Mondrian.

From 1932 to 1936 he was associated with the Parisian group, “Abstraction-Création” with whom he exhibited for the first time in 1933. During the same year, he completed his first sculptures. In Paris, Bill met Georges Vantongerloo. In 1936, he exhibited in the Swiss Pavilion at the Triennial of Milan, and was given the Grand Prize. In 1937 he participated in the fifth CIAM (Congrès Internationaux d'Architecture Moderne), and during the same year he joined “Allianz” (Union of Swiss Modern Artists) who in 1941 created the publishing house of the same name. In 1944, Bill took part in the international exhibition Arte concreta at the Kunsthalle of Basel. During these years he was very active, not only dedicating himself to art but also teaching and holding conferences, writing, and publishing articles, organizing exhibitions, and frequently traveling abroad. It was during these years that Bill asserted himself as a major figure of reference for contemporary art in Switzerland, taking on various institutional, national, and international appointments.

In 1949, Bill won the Kandinskij prize and became a member of U.A.M. (Union des Artistes Modernes) in Paris. During the 1950s and 1960s, he had the opportunity to meet many internationally famous architects with whom he started important collaborations and projects. In 1951, he was again given the Grand Prize at the Triennial of Milan and also given the Grand Prize for sculpture at the first Biennial of Art in Sao Paulo.

At the end of the 1960s, retrospective exhibitions were dedicated to Bill at museums in Bern, Hannover, Düsseldorf, The Hague, Zurich, Paris, and Grenoble. During the 1970s and the 1980s, Bill continued his theoretical activity and was frequently invited to hold conferences in schools and important athenaeums. Many of his sculptures can be found in public spaces in Europe, abroad, and in the collections of the world's most important museums. In 1972, he became a member of the Academy for the Arts in Berlin.

Bill executed many public sculptures in Europe and exhibited extensively in galleries and museums, including a retrospective at the Kunsthaus Zürich in 1968–69. He had his first exhibition in the United States at the Staempfli Gallery in New York City in 1963 and was the subject of retrospectives at the Albright-Knox Art Gallery in Buffalo and the Los Angeles County Museum of Art in 1974, as well as the Solomon R. Guggenheim Museum in New York City in 1988. He participated in documentas I (1955), II (1959), and III (1964). In 1993, he received the Praemium Imperiale for sculpture, awarded by the Emperor of Japan.

Bill is credited with having been "the spark that lighted the fuse of Brazil's artistic revolution" and the country's "movement toward concrete art" with his 1951 retrospective at the São Paulo Museum of Modern Art.