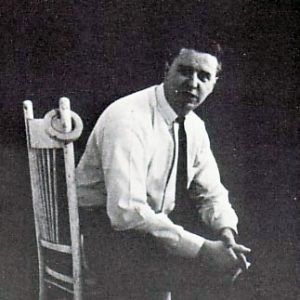 A native of Washington, D.C., Howard Mehring studied, lived, and worked in Washington for his entire life, and became an influential member of the Washington Color School Painters – a group of Color Movement painters including Morris Louis, Kenneth Noland, Gene Davis, Thomas Downing, and Paul Reed. Mehring graduated from Wilson Teachers College, where he studied under Leon Berkowitz, founder of the Washington Workshop Center for the Arts. In 1953, Berkowitz introduced Mehring to the Washington Workshop, where he formed relationships with Kenneth Noland and Morris Louis. He later joined the faculty and taught alongside Noland, Louis, and Gene Davis. In 1955, Mehring received his M.F.A. from Catholic University, where he made the acquaintance of Thomas Downing.

At the Washington Workshop, Mehring bacame aware of the newest New York artists, such as David Smith and Cy Twombly, who exhibited their work at Catholic University at Noland’s instigation. It was through Noland and Louis that Mehring first saw the work of Jackson Pollock, Mark Rothko, Barnett Newman, and Helen Frankenthaler, artists whose work would make a lasting impression on Mehring. These New York artists inspired Mehring to experiment with new techniques of pigment and surface, and the influence of Pollock and Frankenthaler in particular can be seen in much of Mehring’s early work. During a 1955 visit to Frankenthaler’s New York studio, Mehring witnessed Frankenthaler’s technique of staining raw canvas with pigment. Mehring was intrigued by the way Frankenthaler’s staining technique opened up the possibility of unifying color and canvas. Mehring soon began to experiment with mixing paint with metallic powder and pouring it onto canvases. These pouring and staining techniques wereenhanced by Leonard Bocour’s invention of Magna, the world’s first type of acrylic paint, which was quickly adopted by Mehring and many of his contemporaries. Staining canvas with acrylic paint allowed Mehring to employ veils of color to create deep, luminous, and ambiguous spaces.

Throughout the 1960s, Mehring was intensely preoccupied with the idea of ‘pure color’. Like his Color School contemporaries, Mehring was intent on contributing to a new style of painting in which color became “the primary expressive element” (Humblet 2003: 900). He consistently attempted to push the limitations of the canvas and to create the sense of expansion into infinite space. His application of luminous washes of color was profoundly influenced by the work of Mark Rothko. However, unlike Rothko and many of his other Color School colleagues, Mehring’s works usually employed some type of underlying geometric structure as a vehicle for color. Mehring’s best-known works are structured around hard-edged, repeating shapes which seem to expand infinitely into space. These nested shapes provide a structure for vibrant, kinetic,sometimes volatile juxtapositions of subtly blended hues. Mehring often conceptualized his work in musical terms, calling his paintings ‘color fugues’. He was fascinated by the “song of color”: tonal relationships, harmony and dissonance, rhythm and repetition.

Mehring’s first exhibition was held at Washington’s Origo Gallery in 1959. He also exhibited throughout the 1960s at the Jefferson Place Gallery and the Adams-Morgan Gallery, both in Washington. Several of his works were included in the ‘Post Painterly Abstraction’ exhibition executed by the well-known art critic Clement Greenberg, which opened in 1964 at the Los Angeles County Museum of Art and was subsequently seen in museums across the country. Mehring’s works were also included in Gerald Nordland’s ‘The Washington Color Painters’ exhibition at the Washington Gallery of Modern Art in 1965. Subsequently, Mehring exhibited at the Sachs Gallery in New York. A major retrospective of his work was mounted at the Corcoran Gallery of Art in 1977 along with an exhibition of his drawings at the Phillips Collection, both in Washington, D.C. His work has been shown at such museums as the Baltimore Museum of Art, the Jewish Museum, the Guggenheim Museum, and the Whitney Museum of American Art, and is included in the collections of the Whitney Museum, the Museum of Modern Art, the National Gallery of Art and the Tate Gallery of London, among others. 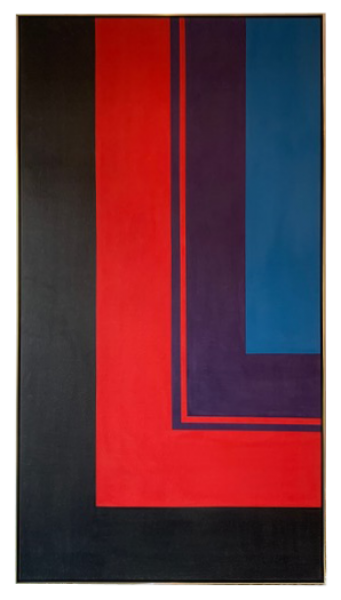