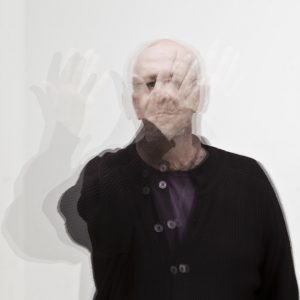 Giovanni Anceschi (b.1939) is an Italian artist who is considered by many to be the founding member of kinetic and programmed art in that country. Anceschi studied theoretical philosophy at Milan University and became a founding member of Gruppo T, as well as being a fundamental participant in the Nouvelle Tendance movement of the 1960s.
Early in his career, Anceschi explored the use of electromagnetism and electromechanical elements in his work to encourage interactivity with viewers. He was a friend of Enrico Baj and participated in the activities of the art gallery Azimut, which was coordinated by the artists Piero Manzoni and Enrico Castellani. His work has explored perceptual disorientation, contraction and dilution of time, and visual poetry.